This is a dream I've cherished for a long time

This is a dream I’ve cherished for a long time: how to make sense of death. How to make peace with it. How to write about it for myself and others, and in so doing, embrace it with my whole heart. Do I want to live in preparation for dying, and transmute it into something worthwhile and beautiful? Or do I want to ignore it until the day it becomes too late?

I was struck by this inspiration driving home from a funeral in 2010 – from the funeral of my older sister, Annette, who died of melanoma metastasis into her liver, lungs and brain at the age of 44. We were deeply connected; she and I – born eight years apart on the very same day. I had a melanoma diagnosis exactly one year before she died, a pointy growth like a black olive on the skin of my right ribcage. I was lucky, it hadn’t spread to my lymph nodes or anywhere else. Her primary cancer had been behind her eye – and she died.

I was sitting in the car, numb and dumbstruck, with my husband and nephew, Annette’s eldest son. We began musing on Annette’s life; who she was, the complexity and multiplicity of her character. How could this person now be a mere mound of earth, a few wilting flowers, some disconnected memories that would surely fade as time passed? One of us said: ‘Thank goodness there was a good obituary.’ And we thought about that – how lucky it was that I wrote her obituary the week before she died, that she actually got to see the printed-out sheets of paper. 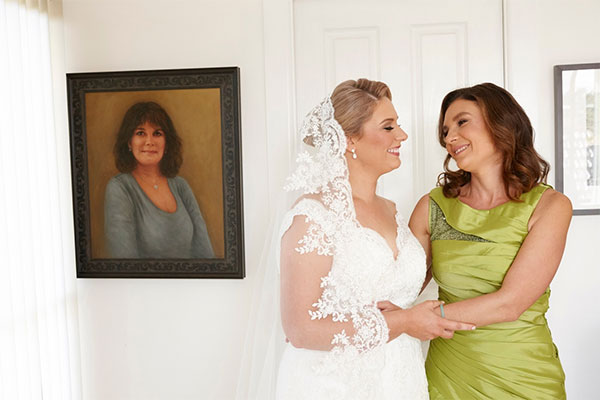 Annette was fortunate enough to witness her memorial while she was still alive – and it was a comfort to her in those final days. I was able to honour the life of someone I love – and in so doing, be able to give the same gift to myself. We all have the power to do so.

The art of dying well is the art of living well.
There is no telling when the story will finish.
And so the most important time in your life is none other than right now.

Death is a stripping away of all that is not you.
The secret of life is to ‘die before you die’ – and find that there is no death.

− Eckhart Tolle, The Power of Now

Only to the extent that we expose ourselves over and over to annihilation
can that which is indestructible in us be found. 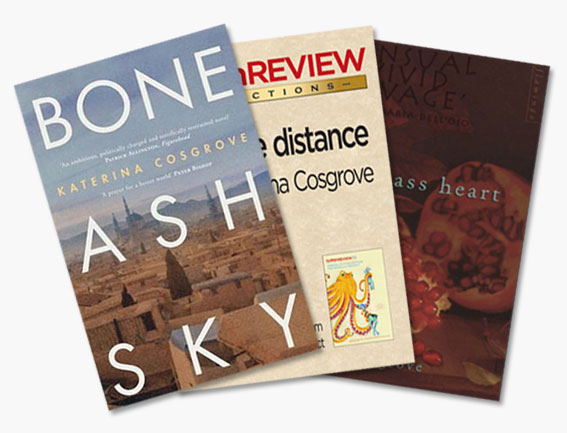 I’ve been a café bookshop owner, university tutor and have a Doctorate in Creative Arts. My first novel, THE GLASS HEART (HarperCollins, 2000) was published in Australia and Greece. In 2012 I was one of the winners of the CAL/Griffith Review Novella Prize, for INTIMATE DISTANCE (Text). My novel, BONE ASH SKY (Hardie Grant, 2013, UK, Australia, Greece) was shortlisted for the Writing Australia Unpublished Manuscript Award.

I have won various short story awards and written articles for publications ranging from The Australian to The Age to Australian Author magazine. I’ve also collaborated on multimedia projects with visual artists and judged literary awards, including the NSW Premier’s Award and the Waverley Library/NIB Award. I currently blog for Huffington Post Australia.

I live in Sydney with my husband, daughter and our huge white dog, and swim in the ocean every day. For more about me, you can go to my author website www.katerinacosgrove.com or  www.facebook.com/AuthorCosgrove